Residents with drainage issues and farmers in Will County lost an advocate on June 3. 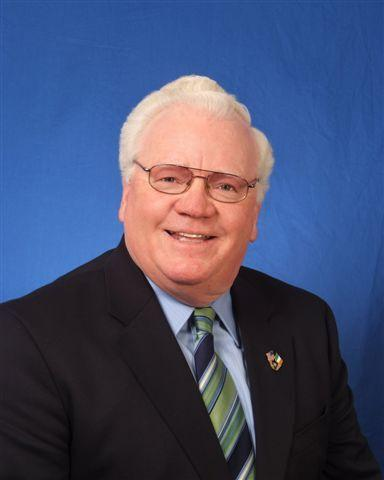 24 years ago, or so, I was the young vice-chairman of the Will County Stormwater Management Planning Committee (WCSMPC).  County Board members were being appointed to that committee, and Larry Walsh was one of the first.  Larry was concerned with the effects from development on neighboring farmland.  He had dealt with dozens of drainage complaints from residents and farmers as Jackson Township Supervisor, and as a Will County Board member there were more complaints coming to him from a larger area.  Before and after WCSMPC meetings he would relay some of the more serious issues to me and we would brainstorm together.

Farmer Larry would talk about lowlands and drain tiles.

Engineer Howard would explain the black and white of responsibilities under Illinois Drainage Law.

Politician Larry would see the blended (gray) solutions that benefitted all parties.

I learned a lot from Larry.

The Illinois Senate lost a friend on June 3.

A year or so later Larry became a State Senator.  He already had a lot of friends in Springfield, and he made many, many more and expanded them to Washington D.C.  One would become President. He would call me when he had an engineering question about legislation or when a constituent had reached-out to him on an engineering issue.  I would contact him when I needed assistance for one of my clients.  He was instrumental in obtaining funding for two large sewer and water projects in Will County – Clearview and Ridgewood.  He simplified the red tape for these complicated projects allowing us to complete much of the work in months rather than years.   For Ridgewood I worked with U.S. Representative Weller, U.S. Senator Durbin, and State Senator Obama along with many, many others.  Connections that Larry made on the County’s behalf paid dividends to benefit our fellow residents, and I was glad that I was able to play a small part some of the time.

We lost a gentleman on June 3.

When Larry was asked to run for Will County Executive against long-time friend and colleague Chuck Adelman, he did it as a gentleman.  He debated Chuck on issues, but with respect and admiration.  He did not participate in negative ads and he was elected.  I haven’t since watched the County Executive races as closely as that one, but it is my sense that each of them has had the same level of mutual respect.

In January 2006 he invited me to breakfast, and as County Executive he asked me for a favor.  I had been the Village/City Engineer for multiple municipalities.  He wanted that experience to help shape the Will County Land Use Department.  He also knew (without saying) that in the last round of elections many of the Mayors and Village Presidents of the towns that out firm represented had been replaced.  A few of the new leaders quickly replaced the engineering firm, and there would probably be more to come.  A new client would be critical for us to get past the lost revenue until we could reshape our company.  I had never supported him (nor opposed him) politically.  He knew that I was an avid conservative.  He believed that appointing me as the Chief Engineer of the Will County Land Use Department was the right thing to do.  We both thought it would last for a few months.  I served in that position for four years, and I made a lot of friends (though many thought that I must have become a Democrat – I haven’t, and Larry and I laughed about it).  One of those friends was my boss, Larry.

Will County lost an influential spokesman on June 3.

Larry was an important member of the Joliet Region Chamber of Commerce Executive Board. In 2016 I became the Chairman of the Chamber after serving on the Executive Board with Larry for several years.  I had participated in several group drive-downs to Springfield and a few of our State’s leaders know me, but they ALL knew and loved Larry.  When Larry spoke, they listened.  When he asked, they delivered.  You could never take more than a step into the State Capitol with Larry before someone approached him and greeted him like an old friend.

One time I was driving to Springfield in my red sports car probably a little faster than I should have in a “police magnet.”  A light-colored full-size sedan quickly approached from the rear and I slowed, assuming that I was about to get a ticket.  The Mercury blew past and I recognized the license plate, LW 1.  I mashed my accelerator and the German engineering responded, but I never caught-up to Larry.  I never expect to.

I have shared rides with Larry to/from Springfield, and we enjoyed many conversations.  We were polar opposites politically, but in complete agreement on most issues (not everything is politics).  It was easy to understand why everyone liked him.

Kristen and I also spent time with him and the Chamber in Washington D.C. in 2015 and 2017. That is where the pics I have included were taken. Senators, Representatives, and Directors all responded to him the same way that Illinois legislators do.  During a meeting with a U.S. Legislator that I recognized as a leader in what I perceive as a war against small business, my face turned red and I may have become a little agitated as I listened to how, in his “I’m smarter than you” opinion, an anti-business piece of legislation was going to benefit society. Afterward, in an Uber, Larry was in the front seat and I was in the back.  He looked over his left shoulder toward me.  “You know Howard, sometimes you think too much like an engineer.  Everything isn’t always black and white.”  We had had the same friendly discussion several times over the previous 20 years, and I still forget his sage advice.

Will County lost a leader on June 3.

Larry served on the Executive Board of the Will County Center for Economic Development (CED) where I also fill a seat.  His presence added such a depth of knowledge and respect to that Board that it will not be replaced easily.  One of the things that always made me smile was when Larry would butcher the name of the Will County Community Friendly Freight Mobility Plan.  Other  than “Will County” I never heard him get it right.  We heard “Friendly Communities Plan,” “Friendly Communities Freight Plan,”  “Friendly Freight Communities Plan,”  I could go on…  No one EVER corrected him, because the title of the report was unimportant – but the data in it, that he could recite flawlessly, was the important part.  He referenced that data and presented it to governmental leaders to obtain state & federal funding, and state & federal support for multiple projects in Will County.  His leadership has helped our state and nation understand that investment in Will County infrastructure produces returns in job growth.  Larry led us to the right people, and those people listened.

Irene and family, thank you for sharing Larry with Will County, we will miss him.  I will miss his friendship.

We all lost a friend on June 3. 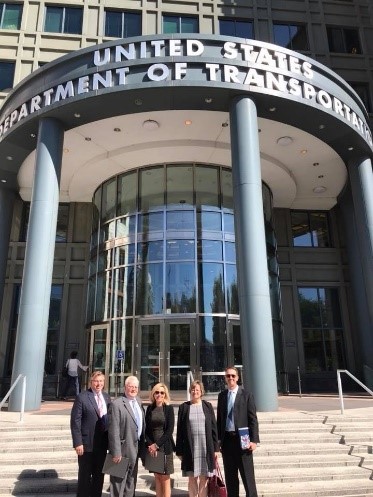 Outside US Representative Dan Lipinski’s Office 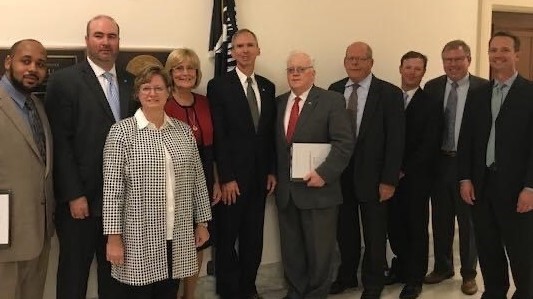