What Makes a Great Team?

At our recent holiday gathering hosted by our company, we all had a wonderful moment spending time together. We were enjoying each other’s company while sharing good food and having good conversations. Topics of conversation ranged from what’s going on in each of our lives, plans for our next vacations, funny stories, jokes, and a little friendly teasing. One of the things I noticed was no one was talking much about work and laughter could be heard from various locations in the house. That afternoon, I was reminded why I really like being a part of this group. I thought, “Wow! We really do make a good team.”

I’ve seen us work through challenges on countless occasions. Faced with tight deadlines, our team has pulled together and gotten projects out the door. I began wondering, why do we make a good team? What’s so special about us? What makes a good team anyway? Is it just a collective group of skilled people?

I thought about some of my previous jobs and the teams of which I was a part. One or two of those past teams were not very productive. All the skills were in place but reaching goals just seemed out of reach.

I guess if you want a fast answer you just ask Google. A quick search revealed: To have a great team, there is no surefire recipe for success. A combination of solid leadership, communication, and access to good resources contribute to productive collaboration, but it all comes down to having people who understand each other and work well together. 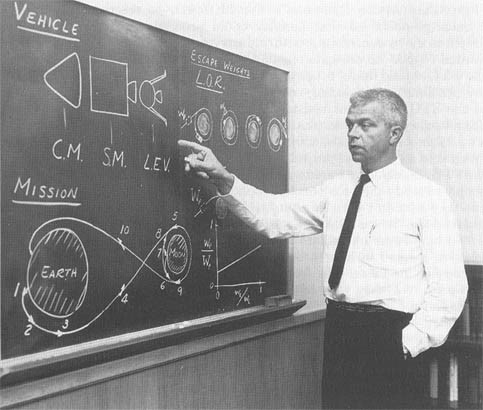 Houbolt explains the critical weight-saving advantage of the LOR scheme.

Some of the greatest teams that come to my mind might include the 1985 Chicago Bears. While there were some stand out players on the Chicago team, collectively they became something much greater than the performance of any one individual on the team. However, I believe the NASA Apollo space program was a collection of exceptional teams. The NASA Apollo 11 team put the first man on the moon. Armstrong and Aldrin received most of the attention, but they didn’t get to the moon on their own. The mission was accomplished by a team of an estimated 400,000 scientists, engineers, and technicians. Interesting bit of local history: a brilliant Joliet native was part of the Apollo space program. He was an engineer by the name of John C. Houbolt. He was a member of the Lunar Mission Steering Group. His team’s contribution was the development of the lunar-orbit rendezvous (LOR). 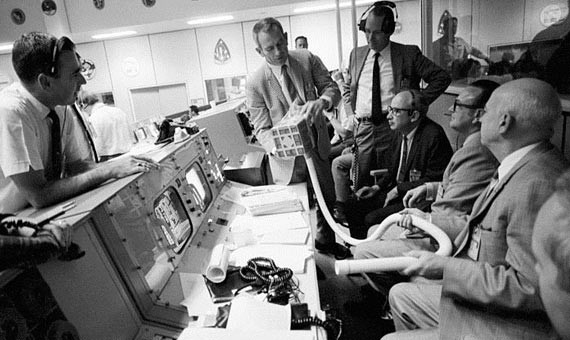 Houston, we have a solution.

I personally feel the Apollo 13 team demonstrated what an exceptional team can accomplish when faced with a complete failure of the mission. With a crew 200,000 miles from Earth in a severely damaged craft and nearly no resources, the team on Earth and in space managed to identify the problems, devise a series of solutions, and execute a plan within an extremely short period of time. The result was the safe return of the astronauts back to Earth. A great team can rise to the challenge when faced with diversity.

While the Google definition certainly defines what makes a great team, creating that well-oiled machine is not just a matter of assembling talented people.  A little luck and timing can play a part in finding key members, but teams need to be developed. Here are some key points that seemed to resonate in my research of team development.

While it’s easy for me to identify the building blocks in our team’s development, some areas are still a work in progress. Many of us performing project tasks that require focus and concentration tend to isolate ourselves in our offices. To overcome the separation, we routinely try to schedule team building events such as an evening round of golf after work.  We also plan after-work events to grab a bite to eat or share a drink. We affectionately refer to these outings as “Safety Meetings.”  Reflecting on our recent company gathering, I recognize the last key point rings true with our group in that we have grown to know and appreciate each other.