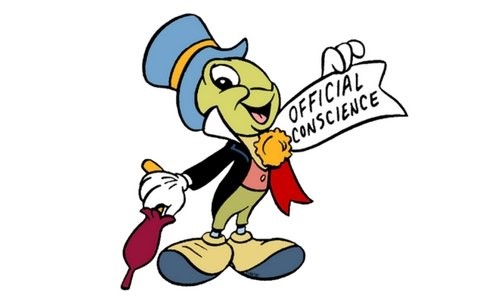 Last Spring, I wrote a blog pertaining to the Johnstown Flood of 1889 and how it related to engineering ethics. I thought that I might touch on this subject again because we can always use a refresher. I will start by mentioning the Six Fundamental Canons of Ethics for Professional Engineers per the National Society of Professional Engineers: 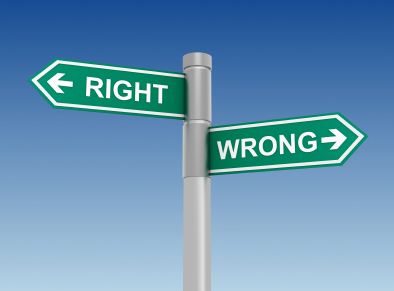 I thought that I would talk about the “Great Boston Molasses Flood of 1919” since it is a good example of engineering ethics and how seemingly small poor decisions can snowball into a disaster.

This story begins in 1915 when the Purity Distilling Company owned by U.S. Industrial Alcohol (USIA) needed a very large storage tank for its manufacturing plant in the Boston area.  The huge tank would store molasses as it was unloaded from steamers that transported it up from Cuba, Puerto Rico and the West Indies.

Then, the molasses would be transferred from the storage tank to the USIA plant by railcars.  A small portion would be distilled into grain alcohol for rum and more than 80% would be used distilled into industrial alcohol that would be used as a major ingredient in dynamite, smokeless powder and other high explosives.  The alcohol would be sold to weapons manufacturers in the United States, Britain, France and Canada.   The demand for industrial alcohol was great since the start of World War I the year before in 1914.   Many believed that the U.S. would become involved in the war soon which would lead to the U.S. War Department becoming USIA’s biggest customer.

Up to now, USIA had to purchase large quantities of molasses from a third-party supplier that had a tank in the South Boston area.  This ate into USIA’s profits and left them at the mercy of the supplier for their molasses.  In order to grow, USIA needed a large capacity tank near their Boston plant.  Arthur Jell, the Treasurer of Purity Distilling, found the answer with the Commercial Street site for the massive storage tank that would be 50 feet tall, 90 feet in diameter, 240 feet in circumference and hold over two million gallons.  As you can see in the picture below, it was the ideal location between the harbor and the major freight rail lines along Commercial Street. 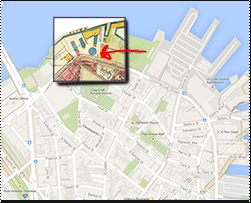 Jell contacted Hammond Iron Works in late 1914 to draw up plans for the Commercial Street tank.  The completed plans cost $30,000 and were completed in early April 1915.  Between April and the end of September, Jell negotiated with Boston Elevated for the lease of the 17,000 Sq.Ft. waterfront parcel at 539 Commercial Street.  The lease was signed on September 24, 1915 and would start on November 1 for the annual cost of $5000.  On December 31, the Cuba Distilling Company Steamer would arrive carrying 700,000 gallons of molasses to unload.

The 3-ft thick concrete foundation was started during the first week of November and Hammond Iron Works shipped the steel plates to the Boston site around the first of December.  When Hammond suggested that it might lose some time applying for proper permits from the Boston Building Department, Jell wrote back: “You apparently did not understand that we had arranged so that it would not be necessary for your foreman to take out a permit in Boston, as the contractors who are building the foundation will allow us to erect the tank under their permit.”

The building department considered the tank a “receptacle” and not a “building”, so the permit for the foundation was all that the City required.  They had one month to construct the tank which was be a very tight if not impossible construction schedule even in perfect weather and it was December in Boston. 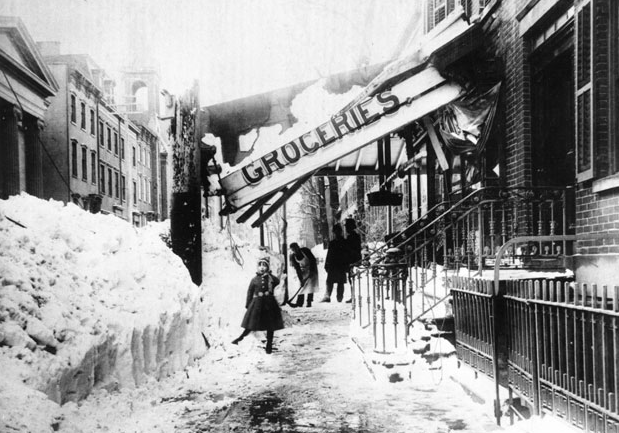 The project had a few delays that December.  On December 8th, a laborer fell to his death from a scaffold plank into the tank.  Jell noted that the workers pace for the next three days was much slower while scared workers were tentatively walking along the icy scaffolding.   Then, a superstorm hit Boston on December 13 & 14 with gale force 50-mph winds and heavy rain/sleet across the City.  The storm caused a two-day delay and then most of the next day was spent clearing debris from the site and pumping the water that had collected in the partially completed tank.  The workers made good progress between December 15 and Christmas Day.  Then, on December 26, another sleet storm forced work to stop until December 29.  On December 29, Jell made an executive decision that would come back to haunt him. 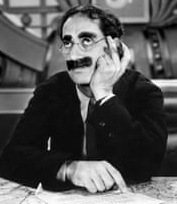 The contract with Hammond Iron Works called for the 50 ft high tank to be tested for leaks upon completion y filling the tank with water.  Jell refused to authorize this for two reasons, cost and the amount of time that it would have taken.  The steamer was arriving in two days and they did not have enough time.  So, Jell ordered crews to fill the tank with six inches of water, just enough to bring the water level past the first angle joint at the base of the structure.  No leaks occurred so he saw it fit and ready to use. 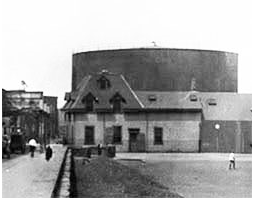 Picture of the Completed Tank

The steamer arrived and unloaded the 700,000 gallons of molasses as scheduled.  From the start, there was molasses seeping from beneath many of the seams starting around the rivet lines and then spreading slowly downward and outward.  Isaac Gonzales was the person in charge of getting the molasses from the ships to the tank.  He began working at the site in February 1916 and noticed this right from the start.  He also recalled hearing noises coming from the inside of the tank as the molasses was fermenting, which were louder with greater temperature changes.  Gonzales knew something was wrong with the tank and worried constantly about it.  In mid-1918, he began waking up in the middle of the night panicking that the tank had collapsed and would run across town to the site to verify that it had not.  In July 1918, he told his supervisor about his worries with the tank leaking and its integrity.

In early August 1918, Arthur Jell had the tank painted a rust brown color and everyone noticed that it was harder to see the molasses running down the sides of the tank than when it was its’ original battleship grey color.  In December 1918, Jell hired a contractor to caulk the tank.  The contractor spent 10 days caulking the tank.  He recalled later that he would wash off the molasses from the leaking seams and immediately it began leaking again.  The leaking was now temporarily stopped but the next steamer docked and began to unload its 1.3 million gallons of molasses into the tank on January 12, 1919.  The steamer was finished unloading at 10:40am on January 13th per the ship’s logbook.  Many of the workers along the wharf testified later that they heard the noises of the tank groaning as the cold molasses already inside the tank mixed with the warm molasses just pumped into the tank.  The sounds were typical whenever a steamer would unload into the tank but this time would be different.  Since the tank was nearly full, there was not a lot of space for the gases that were the byproduct of the fermentation process.  The pressure on the walls of the tank was very high and around 12:45pm on January 15, 1919, the tank burst.

Picture of the Aftermath of the Flood

The 2.3 million gallons of molasses hit the water front in a 25 foot high wave over 150 feet wide.  The molasses shot out in all directions at an initial speed of around 35 mph.  After the tank burst, the pieces of the tank and the rivets from the tank shot out in all directions and assisted the wave of molasses in destroying everything in the immediate vicinity.  Witnesses testified later that it sounded like machine gun fire as the rivets ricocheted off of brick and then embedded into the wood buildings.  In the pictures below, you can get a feel of the level of destruction. 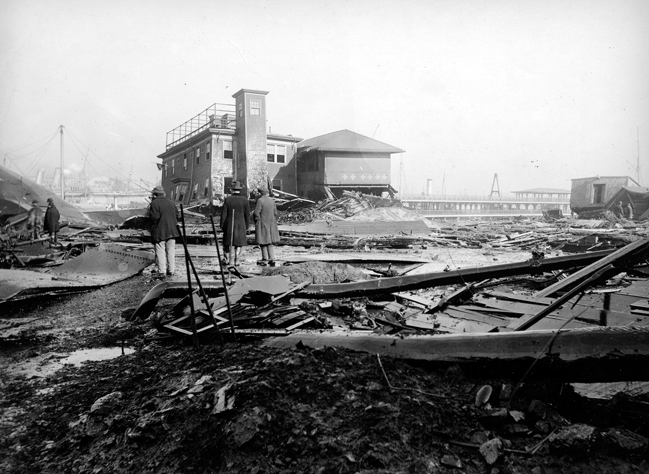 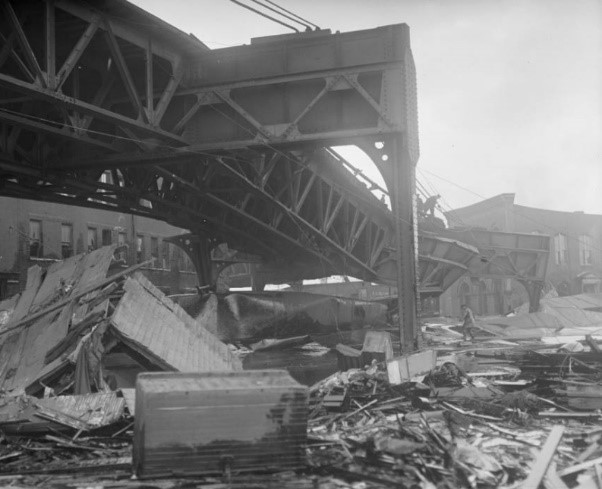 You can see the remains of the Clougherty house in the picture on the right which previously stood across the street from the tank and was torn apart and collected under the elevated train tracks.  Mrs. Clougherty, 65 years old, was crushed by the debris and died an hour after being pulled from the wreckage.  A very large piece of the tank struck a support and buckled a portion of the elevated train tracks.  A train stopped about 3 lengths just before the collapsed section imagine what would have happened if the train came through 30 seconds earlier. 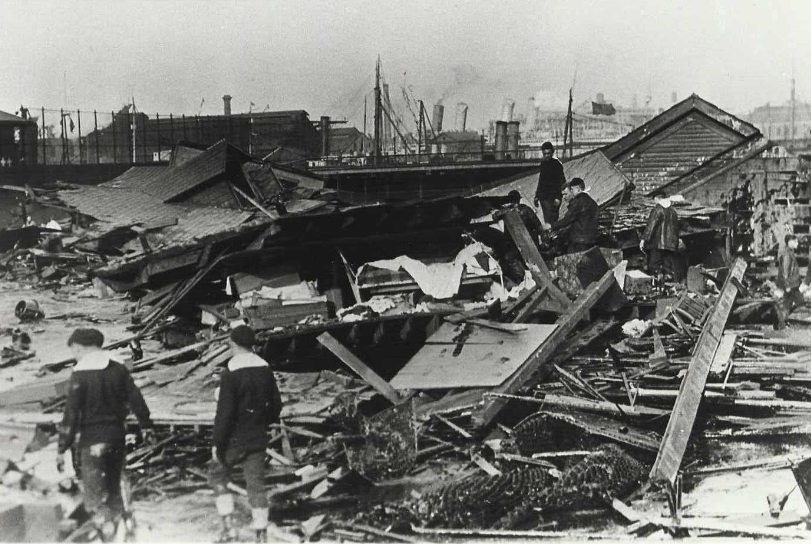 As you can see in the picture above, rescue crews worked all day and then all night searching for survivors.  The County medical examiner said that he had practiced for over 20 years and nothing could have prepared him for what he saw when he arrived at the site.  He later said that he saw several bodies being pulled from the molasses that “looked as though they were covered in heavy oil skins and their faces were covered with molasses with their eyes, ears, mouths and noses filled with it.  The task of finding out who they were and what had happened to them began by washing the clothing and bodies with sodium bicarbonate and hot water.” 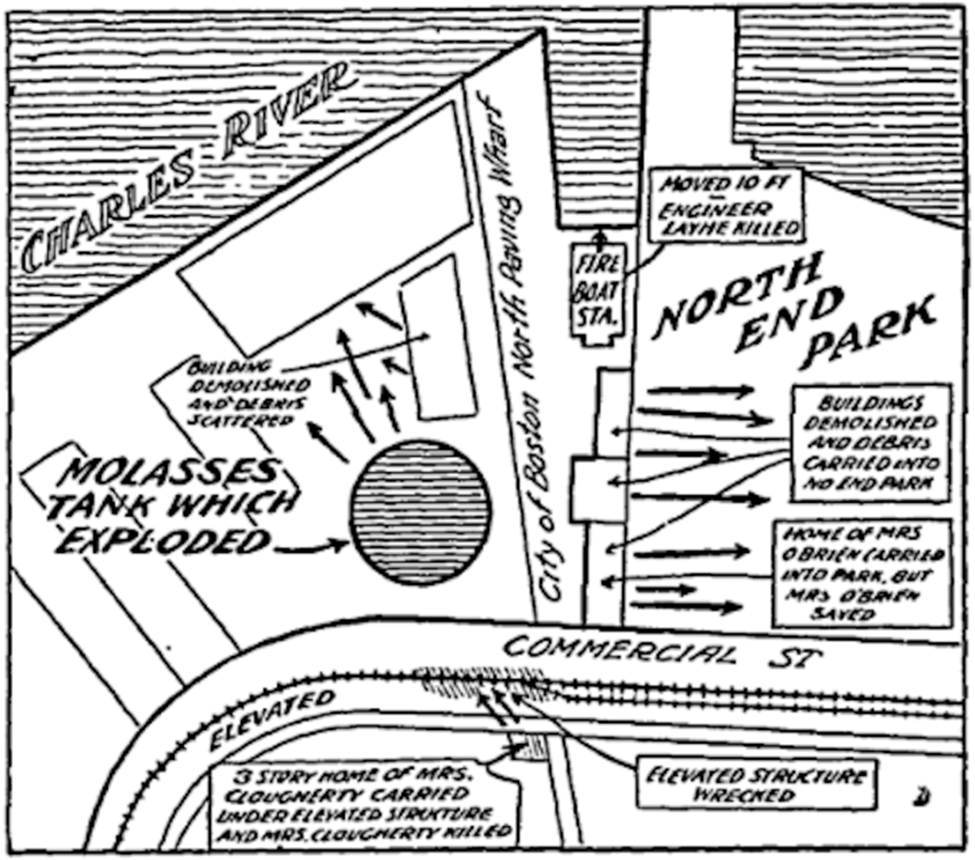 Diagram of the Incident

The entire waterfront was leveled which included the City’s North End Paving Yard, the Bay State Railway Sheds, Boston’s only Trolley-freight car terminal, and Engine 31 Firehouse to name a few.  Twenty-one people died as result of the accident with over one hundred people injured.  Some died almost immediately such as little ten year old Pasquale Iantosca who was collecting molasses that was leaking from the tank and some were put through hell on earth such as firefighter George Layhe who was trapped under debris of the destroyed firehouse and managed to keep his head out of rising molasses for hours before collapsing into it and drowning. 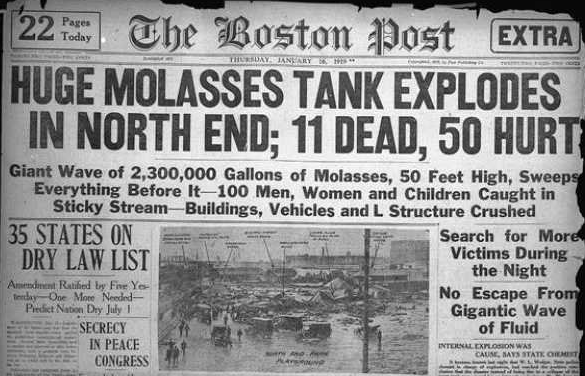 The court appointed a local attorney by the name of Hugh Ogden to act as an impartial auditor to hear testimony and evidence from both sides and then present his findings to the court in a report.  They told him that it would only take six weeks when he agreed to do it.  It actually took between August 1920 to April 1925 and his report stated that the tank collapsed due to structural weakness.  It should have been built with a greater factor of safety.  Ogden recommended that USIA pay $300,000 in damages which would be about $30 million today.  USIA settled without going to trial for $628,000 which was more than twice of what Ogden recommended.

Let’s look at this disaster from the standpoint of the Six Fundamental Canons.

The only positive result of this disaster was that it led to design standards being enacted in Boston and then eventually were enacted all over the county for similar structures.  Calculations by design professionals were now required to be filed with permits.  The Building Codes for these types of structures were revamped.  A very good reference that I used while writing this blog was “Dark Tide: The Great Boston Molasses Flood of 1919” by Stephen Puleo.

I have worked around the construction industry my whole life, being the son of an Excavating Contractor to working in various roles over 20+ years in the municipal, private residential and commercial, institutional, railroad, and highway sectors.  The different hats that I have worn over the years range from Field Engineer, Construction Inspector, Design Engineer, Surveyor, and Permit Review Engineer.   I have witnessed firsthand or heard stories of instances of lapses of ethical judgement by others where I had to stand by my principles.  Some examples are as follows:

The point that I want to drive home today is that the professional decisions that we make can affect the lives of others.  Make wise decisions and listening to your conscious must be part of the design and construction process.

Thank you for reading,