An Engineer in the Woods, Recap... and Installment 6: Planned Change in Ownership...

An Engineer in the Woods, Recap...

In my limited spare-time I started writing my stories about our home in the woods about six months ago. The next four installments are sitting on the server waiting for their turns to be published, and I have a few others that are just notes and reminders that may never become anything intelligible.  I keep making those notes, and as I look at my list of future stories, I may never finish writing...

In case you haven’t noticed, or don’t really care, the “Woods” stories are published in the Hamilton Minute section of  www.REHamilton.com around the first of the month and our other topics appear around the fifteenth.  If you’re on the REHCE mailing list they are emailed directly to you and links are placed onto the REHCE Facebook and my LinkedIn page when Mary Beth gets the formatting done – each publication has its own frustrating formatting requirements and my pictures, sketches and font choices can really challenge her.  When I remember, I share a post on my family Facebook page also.  Your “Likes” and “Shares” distribute the tales better than I have time to do, so thank you for that!

It has been more fun to author these than I originally expected, although my wife (and boss) Kristen is quick to point-out that I occasionally combine events, tell details out of sequence or splash my stories with funny minutiae that aren’t always historically accurate.  I plead to her that these are fun stories, not autobiographies that future researchers will use as reference for term papers... Silent judgement…

I then plead that when you closely examine a fine oil painting that the individual pixels are seldom the correct color, shape or location of the actual image that the painting represents, but the overall effect is accurate and beautiful.  A fine story is crafted in the same way... Silent judgement…

She is also concerned that the Bat-Police will be tracking me down, though I have let her know that the batute of limitations (bat + statute) has probably expired… Silent judgement…

With the exception of her’s, all other comments that I have received to-date have been positive.   However, every once in a while, I learn that a new reader hasn’t realized that these stories are a series going back through this past summer. So, on the six-month anniversary of my attempt at being an author I am providing hyperlinks to my portfolio of past work, along with one new story for November...

Hope you have fun!

PP,DP,PP & P      An Engineer in the Woods, Installment 6: Planned Change in Ownership…

Mom was very abrupt often stating EXACTLY what her detailed unwavering opinion was and telling you how things were going to be, “DAMMIT!”  It frightens me that that tendency is hard-wired into my DNA as well, and as I age I find that too often the saintly patience that I only partially inherited from Dad gets pulverized by my drive to make the details of everything correct.

Mom and Dad had a will that they would occasionally update, and as co-executor with my younger sister Helen I would regularly be handed fresh copies that I would put, unread, into our safe.  However, as Mom closed-in on 90 she stepped into estate planning hyper-drive.  She had been the primary person that had handled the estates of her mother-in-law, Grandma Ham’s two maiden sisters, and lastly her mother (who passed away at the age of 99 years and 10 months).  Not to mention numerous aunts, uncles, second cousins… If someone passed away it seems like at least some, if not most of the work fell onto Mom’s shoulders – so she was going to keep her estate “simple” with no details left-out.  She created detailed spreadsheets that distributed just about everything equally to her heirs, left a letter in her jewelry box, and put tags on some of the furniture and artwork.  We had some touching memories as we found the notes, and read her thoughts after she had passed.

Kristen and I had long-planned that when the day came that we would purchase the home from the estate, so when Mom stated bluntly one afternoon that we were going to inherit the house, but she “didn’t care what we did with it”, the concept did not overwhelm me – though it probably should have!  However, I wasn’t sure how to respond…

If I said, “Kristen and I are thrilled, and we have plans for lots of changes to turn the house into our home,”
Mom might hear, "Everrything that you and Dad have built is terrible and we are going to rip it up and replace it."

If I said, “Thanks Mom, Kristen and I have always wanted to live here,”
Mom might hear, "Good. We'll put you into a nursing home as soon as possible so that we can move-in."

In 54 years, I’ve said the wrong thing, or failed to say the right thing many, many, many times.  This was one of those times that I still regret.
Tongue-tied, I said, "Thank you" and headed downstairs to fix a plumbing leak.

Kristen and I now had the “green light” to privately and covertly begin thinking about a full-scale remodel of a very special property, and Kristen started experimenting with a floor plan for a “great room." 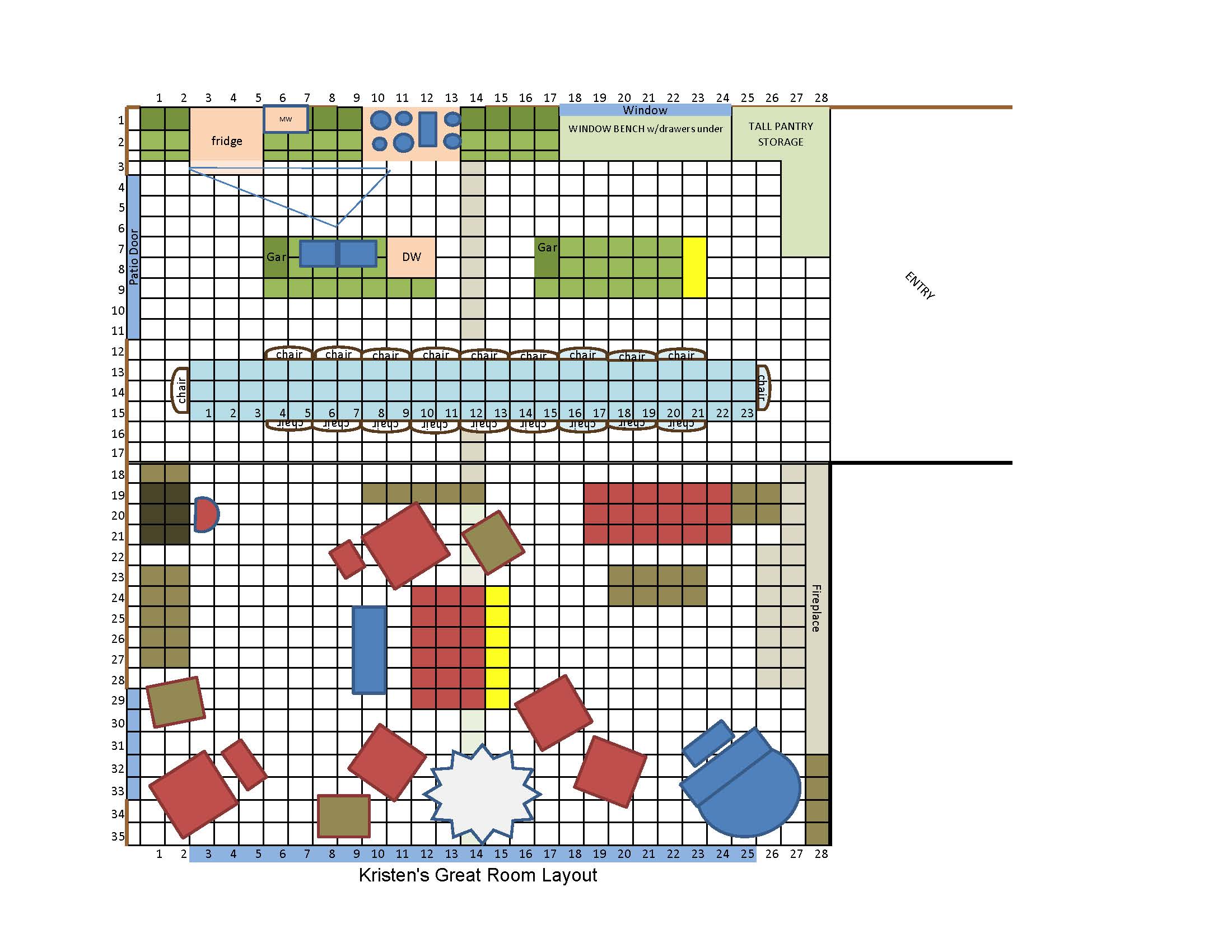 Although this list seems long, it barely scratches the surface of what would become the most aggressive, detailed, and successful engineering undertaking since the NASA Apollo program…

One GIANT LEAP for our family.

Have a great day!